Free to play, more expensive then a trip to Vegas if you actually want to buy anything in game. 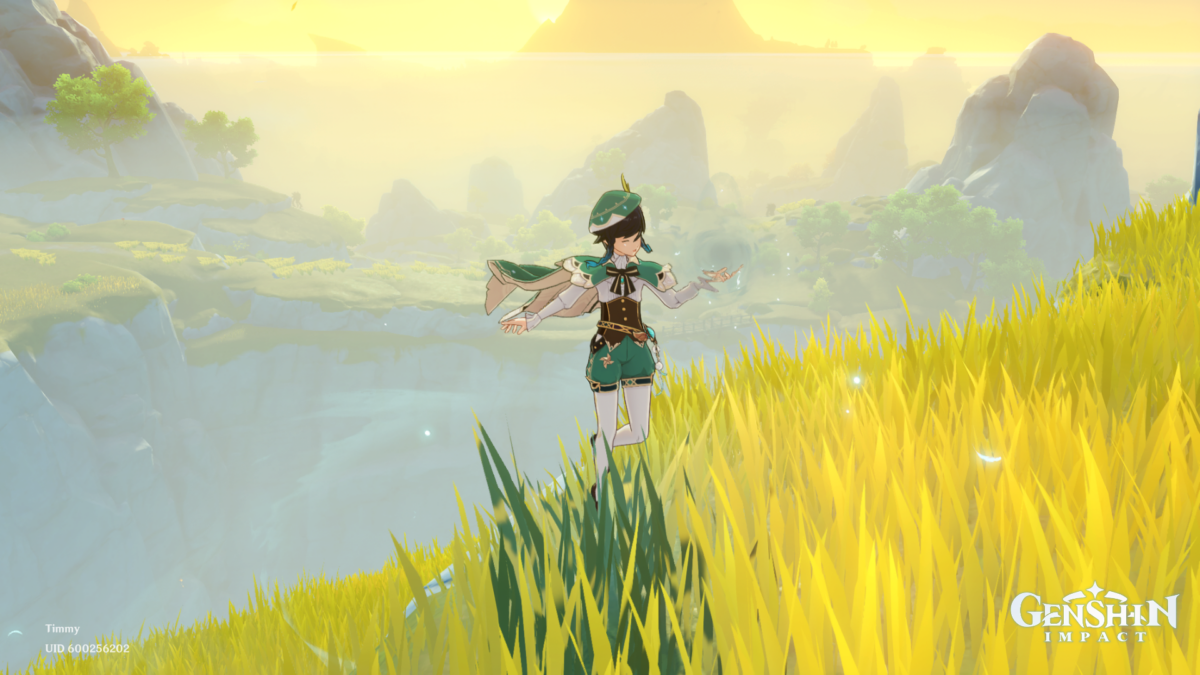 I’ve been wanting to write about Genshin Impact, but I’ve had a hard time doing so over the last week. This is because Genshin Impact might be the highest quality free-to-play game ever made, but discussing the game without talking about the monetization model would be crazy. It’s like discussing a tiger, without mentioning the teeth or claws, and just discussing its fluffy-wuffy tail. Let’s start with that fluffy tail though.

Genshin Impact is a free to play RPG for everything except your Nintendo Switch. It has cross-play for pretty much everything, and cross-progression for everything that isn’t a PS4. You can actually close the game on your PC, then open it on your phone, and just… keep playing. The same game. From where you left it on your PC. You can do cross-play between phone, PC and PS4. It’s incredible.

And when I say RPG, I mean RPG. You’re presented with a massive world to wander around, search for treasure and do quests in. There are world bosses, and hidden secrets, and all the good stuff. Mechanically, the game borrows a massive amount from Breath of the Wild. You can just climb up mountains and hills and walls, and you also get a glider fairly early on which lets you drift around.

The combat system is also pretty neat. You build a party of 4 characters, and as long as you aren’t in a Domain (Dungeon) or combat, you can swap characters out as you wish. Each character has a weapon type, basic attack, ability, and ultimate ability, all on separate cooldowns. Each character also has an element, and elements interact in various ways. For example, if you launch an Anemo (wind) character’s ability into an area with fire on it, it will Swirl, and create a fire tornado. Put ice onto a character affected by water, or vice versa, and that character will freeze. There are about seven of these elements, and in addition, things like walking through puddles will make both you and enemies wet.

These abilities can be used outside of combat to light torches, trigger pressure plates, and do other puzzly stuff. You can even use ice attacks to freeze and then cross lakes and oceans. Theres an entire quest line that requires you to take advantage of this to get to a hidden island that doesn’t even show up on the map.

Moments like this are Genshin Impact at its best. When you’re just running around, fighting monsters, climbing terrain, and discovering things, you might even forget you’re playing a free to play game, and if I had any gripes with the game as it is, it would most likely be that the climbing behavior can occasionally be a bit funky. You can climb all over every mountain, and every hill in the game, and there is treasure everywhere. Every mountain top has hidden collectibles, there are puzzles in every cave.

Okay, so now lets talk about the bad part.

If the moment to moment gameplay of Genshin Impact is Breath of the Wild, the meat of the game’s advancement system is classic mobile gacha. If you’ve ever played Puzzles and Dragons, Azur Lane, Fate Grand Order, or Dragalia Lost, you’ve seen this sort of thing before. You have Resin (Energy) which recharges over time and is used to collect treasure from world bosses and dungeons. These include advancement materials that are used to increase the max level of your characters and weapons, books that are used to upgrade their talents, and artifacts that can slotted in to give set bonuses, and extra stats.

You can spend in game currency to refill your energy, and honestly, as frustrated as some people are by Resin, I don’t take too much issue with it.

What I do take issue with is the drop rates and costs of the Wish system, the system by which you get new characters, and most of the higher rarity weapons. I refuse to call these micro-transactions, because there is nothing fucking micro about them.

These are the prices, and after you buy the first time bonus, they change to this.

So if you’re looking at this, and thinking, “This seems a bit expensive,” then yeah. It fucking is. But here comes the kicker: the drop rates are AWFUL.

The Wish system in Genshin has multiple different tables you can choose to roll against, usually called banners. For the featured character in a banner, the drop rate is 0.6%, or 3/500. The drop rate for an weapon OR character of the highest rarity is 1.6% total, or 2/125.

Ed Note: I think fractions do a better job illustrating how low this is, which is why I’ve included them here.

There’s also a pity system in place in which if you haven’t gotten a weapon/character of max rarity after 90 rolls, you will be given one. I want to point out that the real money cost of 90 rolls is just under $200. At this point, if you’re rolling on a featured banner, you will have a 50% chance to get the featured character. If you don’t, you’ll be guaranteed to get them at the next pity roll. Which means at this point, you’ll have to have spent over $400.

TLDR: If you want a FEATURED character in Genshin Impact, they can end up costing you $400 for a single copy of the character. In addition, the game has system by which characters are powered up for each duplicate you get of them. So getting a character to their max potential requires you to get receive them 6 times.

So yeah. That’s the state of Genshin Impact as of today, an incredible free to play game that is unmatched by anything on the market, with what I’m going to call “Macro-Transactions” that can easily total the same price of a new PS5 to get a single character. Play it. Enjoy the story, the anime bullshit, and the voice acting. Explore the incredible world, scouring every nook and cranny for treasure, and climbing every mountain.

But please don’t spend money on it.

Because we deserve press passes too, gosh darn it.